Long road to a new home 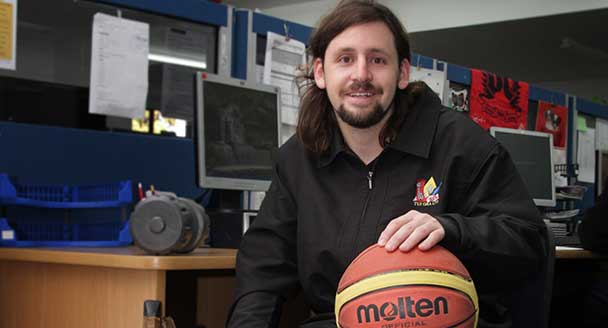 Time spent in residential services has eased John*, a former Tui Ora client, into independent living for the first time in seven years.

“I found the flat myself,” he says proudly. “Victor [a residential nurse] helped me searching on Trade Me but I chose it.”

John has aspired to live independently for some time, but up until recently, that option had not been realistic.

He credits time spent at Tui Ora residences in the Community Housing and Support Service for preparing him to go it alone. The homes – one in New Plymouth and one in Waitara – look like any other house with gardens and up to six residents at any one time. They have their own rooms, share a kitchen, living areas and there are staff on site, 24 hours a day.

Residents are supported to develop life skills such as cooking, cleaning and budgeting with these skills all evident in John’s home. He is hospitable, sociable and happy – but that hasn’t always been the case.

He has battled with mental health unwellness for many decades and talks candidly about the issues he has dealt with.

In order to make sure that he could function on his own, John went through a series of steps, demonstrating for example that he could manage his money and his medication.

Tui Ora continues to support him, although in a low-key way. He attends a day activity programme once a week with coordinator Sam Heath and it is clear they have a good relationship. Sam has helped him become computer literate; John now has his own email address and internet access, which he uses to research his interests.

Emma Lamorena in the residential team accompanies John to meetings with agencies, helping him negotiate his disability allowance and a reestablishment grant to enable him to settle back in to the community.

A further network includes friends and support workers from other services who are there to help John if he needs it, although it is up to him how much he chooses to be involved and with who.

“Empowering clients to make their own decisions is really important. It’s not up to us to decide when someone goes to bed or when they take their meals.

“Making your own decisions is something we strongly encourage in the residential homes. After all that’s what you do when you are independent and that’s the long-term aim for all of our clients. John is proof it can work,” says Alison.

John is not just getting through life; he’s positive and considers that things are well on track.

Friends, hobbies and goals keep him busy. He believes in God, and is determined to own a car so that he can go on a holiday.

He likes to read. He likes listening to music and has diverse tastes from classical music to Bob Dylan. John has plans for the afternoon. He thinks he will probably go swimming but he also needs some groceries. Either way he - and no one else - will decide. Maybe he might just stay at home.

*Not his real name. Changed to respect client privacy.