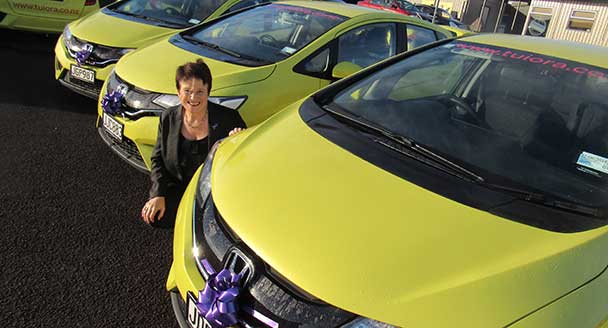 World Elder Abuse Awareness Day this year is on June 15, kicking off a week of activities and events to raise awareness of elder abuse in our communities.

This year the theme is elder abuse hits close to home. This is something Tui Ora Elder Protection Coordinator, Denise Fleming knows all too much about:

"There are so many reasons that people abuse their own family members:

"Sometimes it's a sense of entitlement, particularly if a parent has been a bad parent then it's a way of getting back at them.

"Sometimes the abuser may be experiencing problems of their own so they take it out on someone else. With an increase in marriage breakdowns, older children find moving in with their elderly parents an easy option and this can lead to abuse.

"We are also seeing an increased number of grandparents finding themselves the primary caregiver for their grandchildren, whether they want to or not, and their behaviours can be difficult for an older person to manage."

Statistics collated by Age Concern in New Zealand show that:

Abuse can take many different forms but the most common types are financial, psychological and physical.

"The abused person is often reliant on the abuser. They don't want to make trouble or rock the boat so they don't say anything and the abuse continues."

Denise is teaming up with the Taranaki Safe Families Trust next Monday 12 June to host an information stall in Centre City. They will be talking to members of the public, raising awareness of the issue and offering advice on where to seek help.

A series of free seminars on Enduring Power of Attorney (EPOA) will be hosted, in conjunction with local law firms, in Taranaki next week:

An EPOA is a legal document that protects you and your assets in the event you are no longer fit to do so. A trusted person is nominated to make decisions in your best interests regarding care, finances and welfare. Anyone is welcome to join the seminars and morning tea will be served before each presentation.

Denise is also encouraging staff to dress in purple on June 15 as a mark of solidarity. The Tui Ora fleet cars have been adorned with purple rosettes in the hope that it sparks interest and support among the public.