Speaking at the official opening on February 16 he paid tribute to early Tui Ora founders such as Lindsay MacLeod for "forcing" us to provide a GP service, as well as acknowledging the contribution of Dr Tony Ruakere.

"Getting Tui Ora to where we are now was never easy, but we stuck at it, we worked hard and it has certainly been worth it."

Dr Diane Jones, another board member and Inglewood GP, described herself as a "proud grandmother" who could tick one more item off her bucket list.

Clinical Director Gal Carmi described the challenges of renovating while continuing to work, and thanked staff for their patience and resilience.

"Patients are really appreciative of the surgery. We have more consult rooms and more space to move. It means we can recruit more staff and offer a better service. It's a great start to 2017."

"We encountered opposition from all sides. People said why do Māori need anything different? But we knew that our people needed something new. We had great triumphs and great disasters along the way."

Dr Tony described nurses as the backbone of the practice and said he was impressed to see that Tui Ora now had a nurse practitioner. 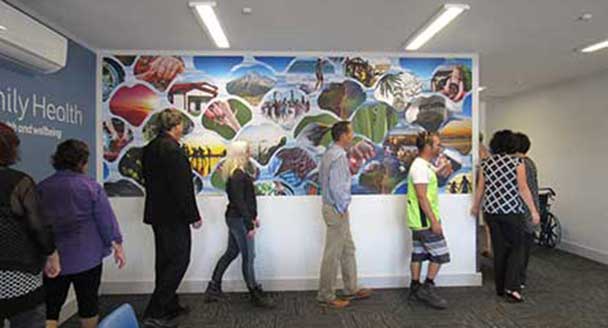 * Tui Ora Family Health completed a major renovation of its premises on Maratahu St with an official opening on February 16. Staff and contractors blessed the renovation at an earlier event, pictured above.